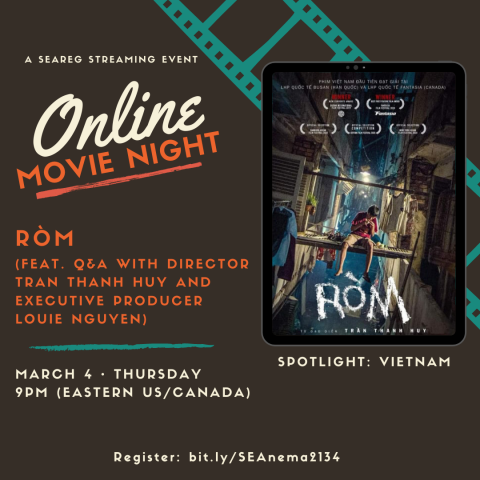 You are invited to join SEAREG at a special screening of the award-winning Vietnamese blockbuster Ròm as well as a conversation with the director and screenwriter, Trần Thanh Huy, and the executive producer, Louie Nguyen.

Ròm is a coming-of-age drama centered on the story of a young bookie lottery runner who tries to help the residents of an old apartment complex and fulfill his dream of finding his parents. One reviewer summarized it as "reminiscent of Slumdog Millionaire in its themes, social conscience and sheer energy, with more running than a Sabu film."