APSI is pleased to welcome three new Asia-focus faculty and a visting faculty fellow to Duke University for Fall 2019. 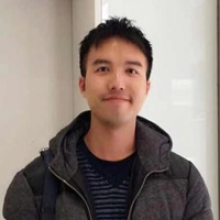 Yunchuan Chen is the new Japanese program coordinator at the Department of Asian and Middle Eastern Studies. He received his Ph.D. in Japanese linguistics from the University of Hawaii at Manoa and worked at the University of Utah for the 2018-2019 academic year. His research interests include syntactic development in second language acquisition and experimental approaches to syntax and semantics. The courses he offers include advanced Japanese, acquisition of Japanese as a second language and Japanese language and society. In Fall 2019, he is teaching a new course, (Acquisition of) Japanese as a Second Language (AMES 390S | LINGUIST 390S | AMES 690S). 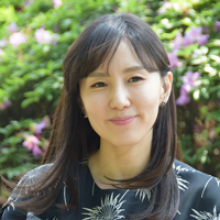 Hye Won Kim is an Instructor of Theater Studies for the 2019-2020 academic year. Before coming to Duke she was a postdoctoral fellow at the University of Michigan. Her book, South Korean Musical Theatre: Transnational Encounters, is under contract with Oxford University Press (forthcoming 2021), and a book chapter on "Recording the Soundscape of K-pop" in Cambridge Companion to K-pop is forthcoming in 2023 with Cambridge University Press. Her research focuses on transnational circulation of modern and contemporary theater and performance; dramatic literature; critical theory and performance theory; cultural studies; gender and queer theory; reception theory; popular culture; music and sound studies; and translation studies. Her research has been awarded an Outstanding Article Award (2016, 2018), a Distinguished Doctoral Dissertation Award (2018) from Yonsei University, and a Scholar of Excellence (2017) from the Korean Ministry of Education. In Fall 2019, she is teaching three courses: The Korean Wave: Transnational Encounters; Asian American Theater; and Intro to Performance Studies. 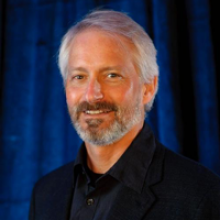 Thomas Lamarre is a professor in the Asian and Middle Eastern Studies and Art, Art History, and Visual Culture departments. His research centers on the history of media, thought, and material culture, with projects ranging from (Uncovering Heian Japan, 2000), to silent cinema and the global imaginary (Shadows on the Screen, 2005), animation technologies (The Anime Machine, 2009) and on television and new media (The Anime Ecology, 2018). Current projects include research on animation that addresses the use of animals in the formation of media networks associated with colonialism and extraterritorial empire, and the consequent politics of animism and speciesism. Before coming to Duke, he was a professor of East Asian Studies and Communications Studies at McGill University. As James McGill Professor Emeritus of Japanese Media Studies at McGill University, he continues to serve as a co-director of the Moving Image Research Laboratory. His teaching and research interests include: Media History and Theory; Animation and New Media; Critical Race Studies; Transnational Television; Animal Studies; Science and Technology Studies; Japanese and Continental Philosophy; Ritual Theory and Practice; and Early and Medieval Japanese Culture. 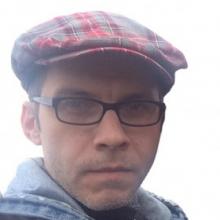 Craig Quintero will work with Professor Torry Bend in the Department of Theater Studies on developing a new performance as a Humanities Unbounded Fellow for the 2019-2020 academic year. He hopes to also collaborate with faculty and students in Dance, Music, Experimental Documentary Arts, and Art, Art History & Visual Studies. Quintero is an artist-scholar whose work explores the intersections between art/performance and political and social change in Asia. His areas of interest include Taiwan’s avant-garde Little Theatre Movement, religious pilgrimage in Taiwan, minority tourism in China, and, most recently, the art of protest in Hong Kong. He is also the Artistic Director of the Taipei-based Riverbed Theatre Company which he co-founded in 1998. Quintero has written and directed over fifty original image-based performances in France, Germany, Japan, Korea, China, and the US. He is also a sculptor and installation artist whose work has been shown at the Asian Biennial, Venice Biennale, Kobe Biennale, Taipei Biennale, Taipei Fine Arts Museum, Taipei MOCA, and the Shanghai Museum of Contemporary Art. In 2015-16, he was a Senior Fulbright Scholar to Taiwan. He received his Ph.D. in Performance Studies from Northwestern University and is an Associate Professor in the Department of Theatre and Dance at Grinnell College.