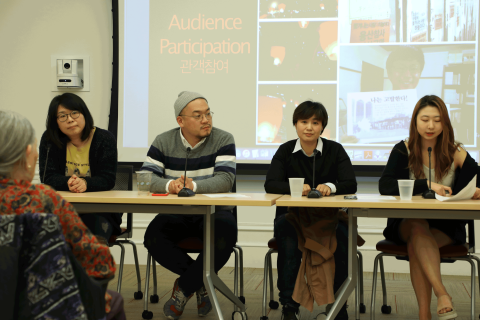 The PINKS cooperative creates films that advocate for sexual minorities and workers' rights as well as investigating state violence. This panel of filmmakers discussed PINKS' work and the role of independent documentarians in the Korean film industry. These provocative glimpses of contemporary events and issues shine light on challenging questions, compelling viewers to reexamine their ways of understanding their society. The filmmakers also showcased several of their works as part of the Spring 2017 Cine-East film series.

This presentation was sponsored by the John Hope Franklin Center for Interdisciplinary and International Studies and the Asian / Pacific Studies Institute.