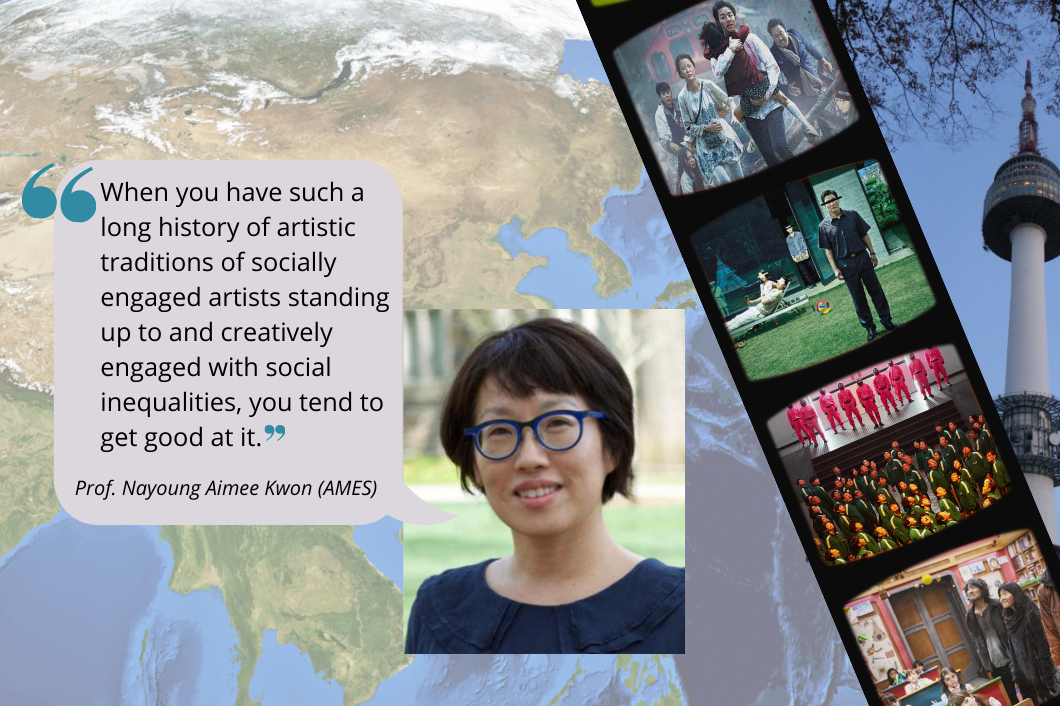 That Squid Game became an international hit may have even surprised Netflix executives, but the international reach of Korean culture has been growing for a long time.

However, the gorefest of “Squid Game” is another popular example of a particular genre of Korean films and TV shows, a genre that includes Bong Joon-ho’s “Parasite” and “Snowpiercer,” and even the zombie film “Train to Busan.” Like “Squid Game,” the terror of the action in these show[s] is matched by the trauma created by a society built on extreme class divisions and the punishment placed on the people who are losers in the system. While all cultures offer economic criticisms, Korean contributions seem to particularly catch the global imagination.

Duke Professor Nayoung Aimee Kwon is Associate Professor in the Department of Asian and Middle Eastern Studies and a scholar of Korean culture, politics and history. She said the issues of inequality raised in “Squid Game” is part of a long theme in Korea's culture going back hundreds of years. In an interview with Duke Today, Kwon discusses the history of political criticism in Korean art and the social and culture nuances that American viewers may miss while watching a giant children’s toy massacre hundreds.